It really was an unplanned trip.

Well, the trip to Manila was totally planned as I needed to report to the company headquarters for my orientation and training for my new role. But the weekend getaway to Tagaytay was spontaneous. It was our last weekend in Manila and since the past days were more of business (as it should), we wanted to go somewhere special for our toddler in tow.

Initially we considered the zoo or the ocean park but since we were all late sleepers and therefore woke up at noon, it was impractical to go to those places for only half the day. So, my sister suggested that we go to Tagaytay! I have to be honest, I was really hoping she’d suggest it but I didn’t want to bring it up because of the bad weather. It was so sweet of her to offer to drive us there even if she did not intend to stay overnight with us.

So before she changed her mind, I instantly went online to book. I ended up booking a quaint cottage-designed inn, The Carmelence Lodge. To save my sister from driving long hours back and forth, my husband volunteered to be behind the wheel instead. He was already enjoying the drive in a new environment anyway.

Because it was already late in the afternoon when we decided to take the trip, we arrived at our destination past dinner time. The lodge did not disappoint. Beneath the dark sky, it still stole my heart. I felt like whoever designed this place had me in mind.

We headed to grab dinner, which was easy since the lodge was located in the town proper. 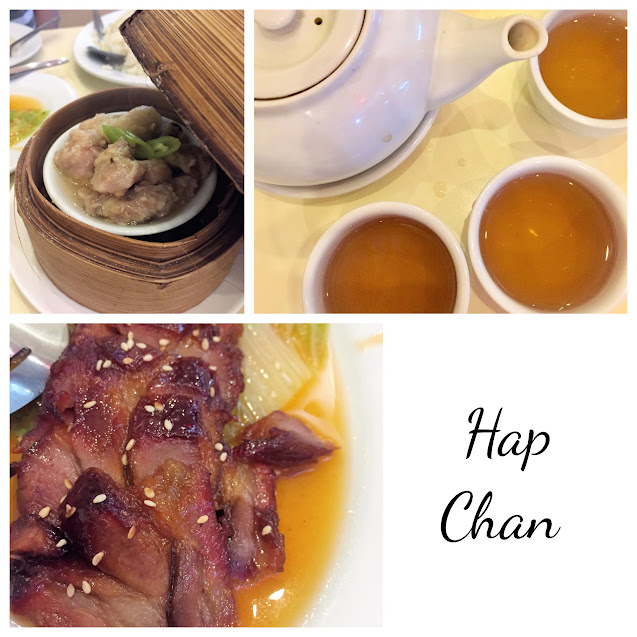 My rule when in another city is to only eat at places that are not found at home. Hap Chan offered good comfort food amid the windy evening.

Despite the evening’s light rain, the morning that followed was lovely! Blue skies were hovering the now vivid purple structure. Breakfast was served at the patio. The food itself was nothing extraordinary, but the ambiance was perfect. It was extra lovely, thanks to the fact that END_OF_DOCUMENT_TOKEN_TO_BE_REPLACED

I woke up today and realized it’s already the first of May. The past three months have gone by so fast, finding myself so overly occupied with tasks piling up left and right!

Thank goodness I got a little pampering when my dear friend, Kristine came home to celebrate her birthday. She’s now based in Hawaii so you wouldn’t think she’d be looking for a beach getaway in this island. But boy were we wrong!

END_OF_DOCUMENT_TOKEN_TO_BE_REPLACED

Being the youngest in the family, I lived most of my life being the center of attention at home. Weekend activities would depend on what I feel like doing at the moment, the ice cream flavor was always “one color” because I was not open to trying other flavors except ube and mango, and all of my siblings were complied to bring me something whenever they arrive home, whether from school or from an out of town trip. I was always the princess!

Dodo came into our lives in 2006. After so much debate, my mom finally agreed to accept a gift from my dad’s friend: a Pomeranian puppy. Prior to his arrival, my brother and I were already researching for interesting name. Bruce, Schindler, Empress… but at the end of the long list of ‘good looking’ names was “Dodo”.

And the story of the new family addition, the new king of the household, began. Dodo has  become such an inspiration that a Tagalog poetry piece and a chapter in my published book were dedicated solely to him.

END_OF_DOCUMENT_TOKEN_TO_BE_REPLACED

Through life we tread unknowingly

And it’s not riches that will matter most

This is an abandoned watch house in the neighborhood. I always admire how quaint and mysterious it looks amid the often neglected wild bushes. It’s especially quiet today as the city celebrates with the world the Day of the Dead on November 2. And thus the melodramatic simple poem. ♥

Oh yes, the Ha Long Bay Hangover I posted a year ago was just a snippet of my drunken stupor after my trip to Vietnam three years ago!

Here’s a friendly travel guide published in The Freeman in 2012. Some of the information I have provided may no longer be relevant nor applicable today. After all, a a lot could change in a vibrant city like Hanoi in just three years. But of course, I’m yet to personally check on that—I’m planning to revisit it after my wedding next year.

When people ask me how my trip went, I always tell them that Hanoi was a city that robbed me of my usual love-at-first-sight travel euphoria. It was after all not a paradise of imposing skyscrapers or grand amusement parks; rather, it was a place that encourages immersion to be able to truly appreciate its rich culture and fascinating traditions… And I loved every bit of it.

It was raining slightly when we landed at Noi Bai Airport, Hanoi. “Feels just like Cebu,” was my first impression as I looked around not only observing the weather. The interior of the arrival area was simple. No sophisticated lighting or intimidating architectural structure. What it had was a cozy, warm feel to it.

With my Manila-based sister, I was set to stay in Hanoi for a couple of days to be with our other sister who had been living in Vietnam’s capital city for almost three years now. She works as a teacher at a recognized IELTS Review Center, along with other growing number of Filipinos. Vietnam is generally a non-English speaking country. And like many other nations, it has embraced the need to adopt the language, gradually welcoming skilled professionals such as our own.

Since it was past midnight when we arrived, there wasn’t really much to look at as we traveled the wide highways and made our way to Hai Bà Trưng, an urban district in Hanoi. With only the street lights illuminating, I couldn’t fail to notice the houses along the road. They were all tall and narrow. I would discover later on that most houses in Vietnam are designed that way-with at least three stories and a retail shop on the first floor. They say it’s because their property taxes are based on the width of the lot at the street line. The facades of the houses and buildings are mostly colorful and somehow French (Vietnam used to be a French colony) inspired, with some having pointed, castle-like roof lines.

But the uniquely structured houses would just be the beginning of the many wonders you’d experience if you were in what’s often dubbed as the City of Lakes.

Ho Chi Minh Mausoleum. Ho Chi Minh is almost synonymous with Vietnam. He was a Vietnamese Communist revolutionary leader who became prime minister and president of North Vietnam. Cameras are not allowed inside, but you will surely take mental snapshots of a hero’s remains cautiously preserved in this mausoleum.

Tip: The mausoleum closes at 11:00AM, so waking up late may not be a good END_OF_DOCUMENT_TOKEN_TO_BE_REPLACED

It’s my first time to write an entry on the spot. By that I mean actually writing realtime. I’ve always wanted to try and say “Hey, I’ve got my legs dipped in the pool while working on this.” *big grin

Well this Sunday has given me an ‘opportunity’ to do such.

Against the scenic back drop of a fairly rare October sunshine, I’m enjoying a quick retreat from my otherwise busy schedule here at Vista Mar… Just one of the wonderful perks of living in a tropical island!

I had my Mactan-Heathrow flight just a few hours after I clocked out from work that day. Therefore, the nine-hour layover at Singapore would have been a perfect time to get a good rest before another fourteen-hour flight to UK. But of course, I didn’t want to do nothing but sleep in a beautiful city that I haven’t been to. So against the backdrop of the sparkling landmarks, I spent the few hours ’til early dawn “wisely”: with my dear friend and with a crazy-fun cousin, both of whom are now based in the City of Gardens, both of whom I shared the best layover ever. ♥